At the Build 2022 developer conference on Tuesday, May 24, Microsoft announced new tools for developers to create collaboration solutions for Teams and Microsoft 365. The Redmond giant has also unveiled a new Live Share feature for Microsoft Teams apps.

The new Live Share experience is based on Fluid Framework and enables meeting participants to create, edit, annotate, communicate, zoom in and out, and collaborate on shared content with colleagues. This feature is designed to support various collaboration scenarios, such as technical revisions, video workflow reviews, and game-based programming classes.

In addition to the new Live Share feature, Microsoft announced the general availability of Teams JavaScript SDK 2.0 and App manifest version 1.13. It should help developers extend the personal tabs and search-based message extensions of their Teams app to other Microsoft 365 apps such as Outlook and Office.com.

There are also new Create, Read, Update, Delete (CRUD) Approvals APIs that will be available in preview this summer. The new APIs allow developers to integrate approvals functionality into their applications.

Next, Microsoft plans to add support for collaboration controls to its Power apps this summer. This means that developers can now integrate Teams meetings, chat, files, tasks and approvals directly into their Power Apps.

Microsoft has announced the general availability of the Teams Toolkit for Visual Studio Code and Visual Studio this month. Allows developers to quickly create and deploy Teams apps to the web and mobile. The Teams Toolkit offers several features for building and publishing assignments, notifications, and responses for business actions.

Updates to the App Store for Teams

Microsoft Teams App Store gets a number of enhancements to help developers generate revenue with their apps and increase engagement. These include new AI-powered recommendations and app flyouts and license management capabilities. There is also a new in-app purchase for Teams apps and you can check out this support document for more information.

Last but not least, Microsoft has launched a new App Compliance Automation Tool for Microsoft 365 apps in public preview. The new tool should enable independent software vendors (ISVs) to ensure that their apps meet security and compliance requirements. 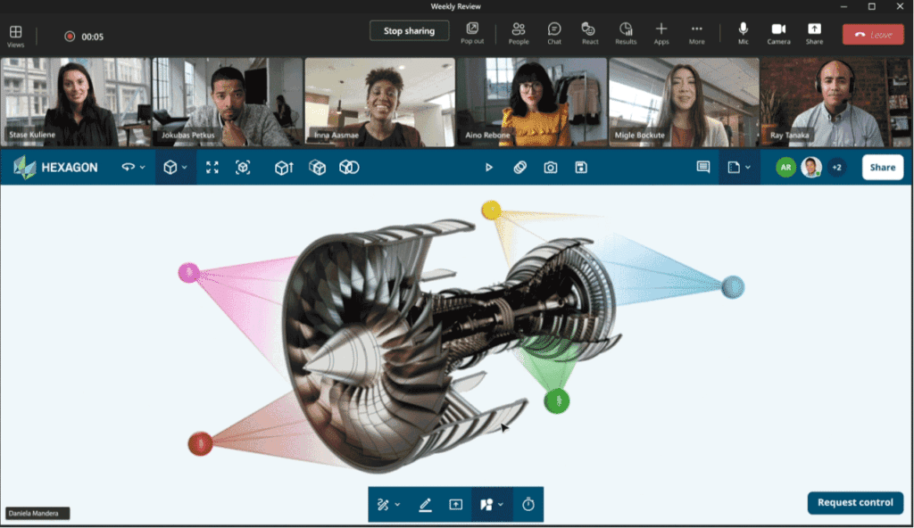