Back in March, Microsoft announced that they will soon support End-to-end encryption in Microsoft Teams. The feature went to public preview in June and was set to roll out in November 2021.

Now Microsoft announced that the rollout would be delayed.

To support customer security and compliance requirements, IT has full control over who can use E2EE in the organization. A new policy is added and it has a parameter to enable E2EE for 1-1 calls. By default, it is disabled so that administrators have full control over the rollout of this feature in their organization. E2EE can be enabled for the entire organization or just a subset of users.

E2EE only works if both the caller and the call recipient have E2EE enabled. The feature is available on desktop and mobile clients and not on the web.

Read all the details in Microsoft’s blog post here . 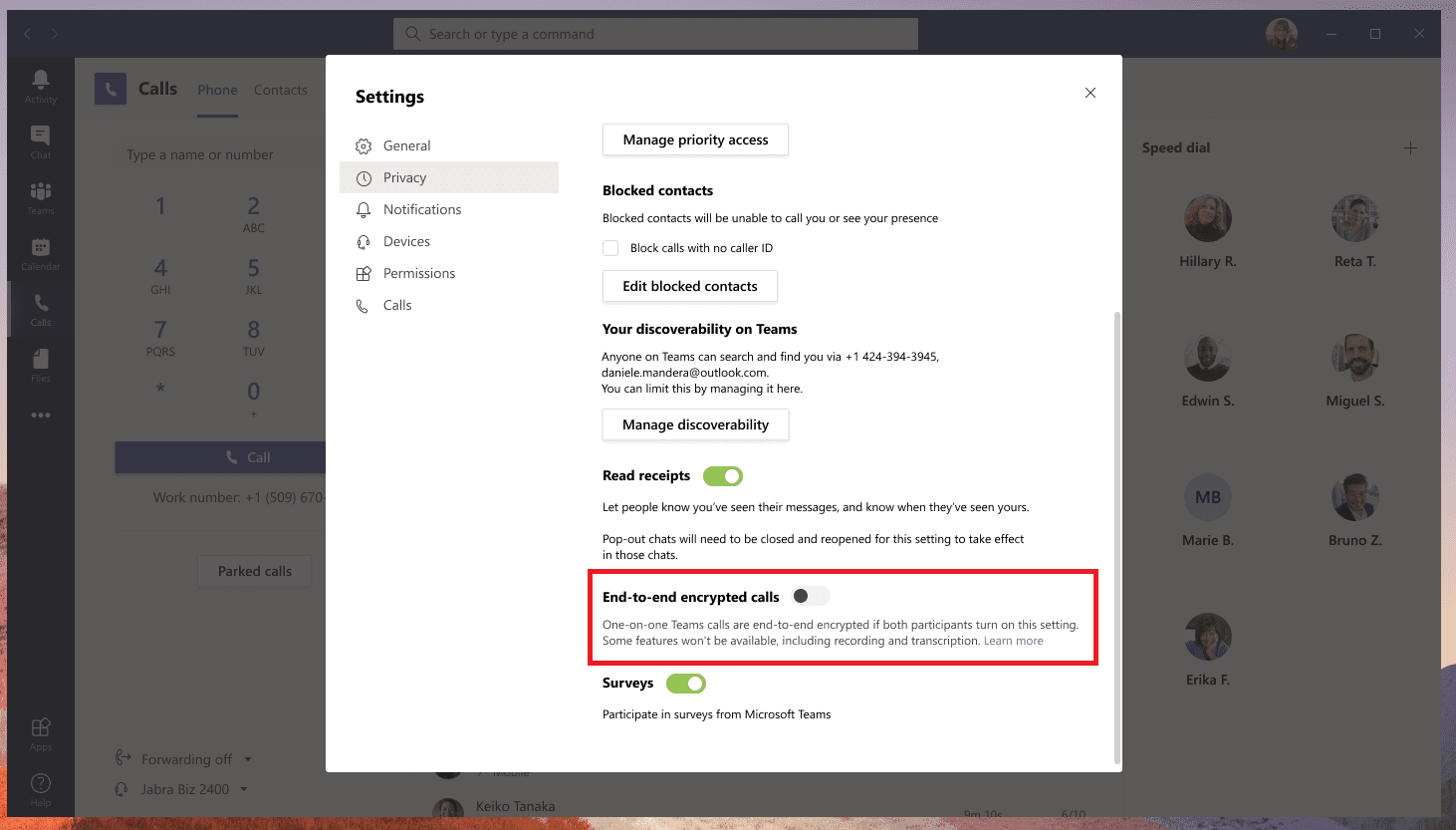