Thanks to this new Teams feature, you don’t have to worry about accidentally leaving your microphone on during meetings.

Anyone who accidentally said something during a virtual meeting will appreciate an upcoming feature for Microsoft Teams. A new option within Teams allows people to temporarily mute their microphone by pressing CTRL and the spacebar. As soon as you release these keys, Teams will mute your microphone again. The feature is in development and could arrive as early as October 2021, but that date is subject to change.

“Introducing the ability to allow meeting participants to temporarily unmute by pressing the ‘Ctrl-Spacebar’ to speak,” the statement said. Microsoft 365 roadmap . 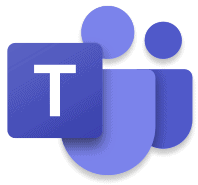