Once just a replica of a physical medium, Microsoft Whiteboard has evolved into a robust app that works with Microsoft 365. In June 2021, Microsoft announced several new features for its Whiteboard application to improve collaboration.

As you might expect, Microsoft Whiteboard’s primary goal was to mimic a physical whiteboard as much as possible

As you might expect, Microsoft Whiteboard’s primary goal was to mimic a physical whiteboard as much as possible. To achieve that goal, the app needed to be low-latency and provide the basic functionality of a physical medium. People use whiteboards to brainstorm, exchange ideas, and have different people write on the same surface.

A big part of bringing the same feel of a physical whiteboard to the digital space was reducing latency and lag.

“When you start to get some lag, it just doesn’t feel like the energy you get when you’re standing next to someone on a real analog board,” Mikutel said.

Getting people to ink and create on a Whiteboard was the first goal, but Mikutel emphasizes that people can use the platform in other ways as well.

Over time, thanks to its digital design, Microsoft Whiteboard has acquired features that you couldn’t replicate on a physical whiteboard, such as embedding rich content, synchronizing across devices, and allowing people to work in the same room without running into each other. Mikutel explains that getting people to see Whiteboard as more than a physical whiteboard facsimile is still a challenge.

While physical whiteboards only work with ink, Microsoft built its Whiteboard app to allow for different types of input. Mikutel says Whiteboard provides “ink for everyone,” whether they have a digital pen or a device that supports a stylus.

To improve inking with penless devices, the Whiteboard team has added features such as auto-smoothing, which makes ink written or drawn with a mouse easier to read.

“If you have a keyboard or a mouse or a trackpad, you will have a really great fun and productive experience,” Mikutel promises.

People can also embed rich content in Whiteboard, opening doors to completely different workflows than what you could do on a physical whiteboard. Whiteboard will make a huge leap in this area with the rollout of Fluid components.

Fluid components empower people to create content and carry it across Microsoft 365. For example, you can create a spreadsheet in Excel and then transfer it to Word, Whiteboard, or other apps. They’re Lego-esque pieces that you can drop into place in Microsoft 365 apps. Mikutel explains how Whiteboard is a natural place for these kinds of components.

“Many users just love the fact that I can drop a PowerPoint slide, I can create a Fluid table pretty quickly[zetten] which has the same data… It actually puts multiple content types side by side.”

While most devices can multitask, Mikutel illustrates how splitting content isn’t quite as fluid:

“I need a PDF, a webpage, a spreadsheet. Now you’re suddenly splitting your screen into five apps, right?… You can’t annotate in between them like you can do in Whiteboard.”

Microsoft will roll out support for Fluid components to Whiteboard, Outlook, and OneNote in the near future.

Get to work faster

As Whiteboard evolved, it became clear that people wanted to use it for different situations and workflows. Mikutel says one of the top priorities for people has been getting to work quickly. Templates are a new feature for Whiteboard that allows people to reduce the startup time for meetings.

“[Sjablonen helpen mensen] huge because you can essentially set up your whiteboard for a scenario you know you’re going to use,” said Mikutel.

Templates have preset layouts with different types of content. Mikutel and I discussed a hypothetical situation where we are creating a template for the American football team I coach. In this scenario, I’m using Whiteboard to rate our game movie. I could have a template with video embeds of our plays, PDFs of our game designs for comparison, and Excel spreadsheets with statistics for analysis.

I could then work with all of these side by side with ink and collaboration. Since I would be using this setup for each week’s movie review, I didn’t have to spend time setting it up. Instead, I could start right away with what we’d like to get done.

You can already use Templates in preview in the Windows 10 Whiteboard app, but they will become generally available in the future.

Becoming a ‘must have’ app

As more hybrid and remote working become the norm, technology like Microsoft Whiteboard will become commonplace. Physical whiteboards aren’t going away, but they have limits, especially in a world hit by a global pandemic. Working remotely forced organizations to look for solutions.

“COVID is hitting, and it’s becoming a must-have for almost literally, and I’m not exaggerating this, any organization,” says Mikutel. “Even more than we have to, it was like we wish we had adopted it yesterday or before COVID, because then we would have let people get used to it.”

I ran into a similar situation when Microsoft Teams helped save my American football team. Life took us into the digital space and then we saw how it offered options that were not available before.

Whiteboard is on a similar journey to Teams and many other remote working applications. What started as a replica of a physical medium is becoming a robust tool that interacts with other services to provide a unique experience. In a way, calling the whiteboard doesn’t really do it justice anymore. 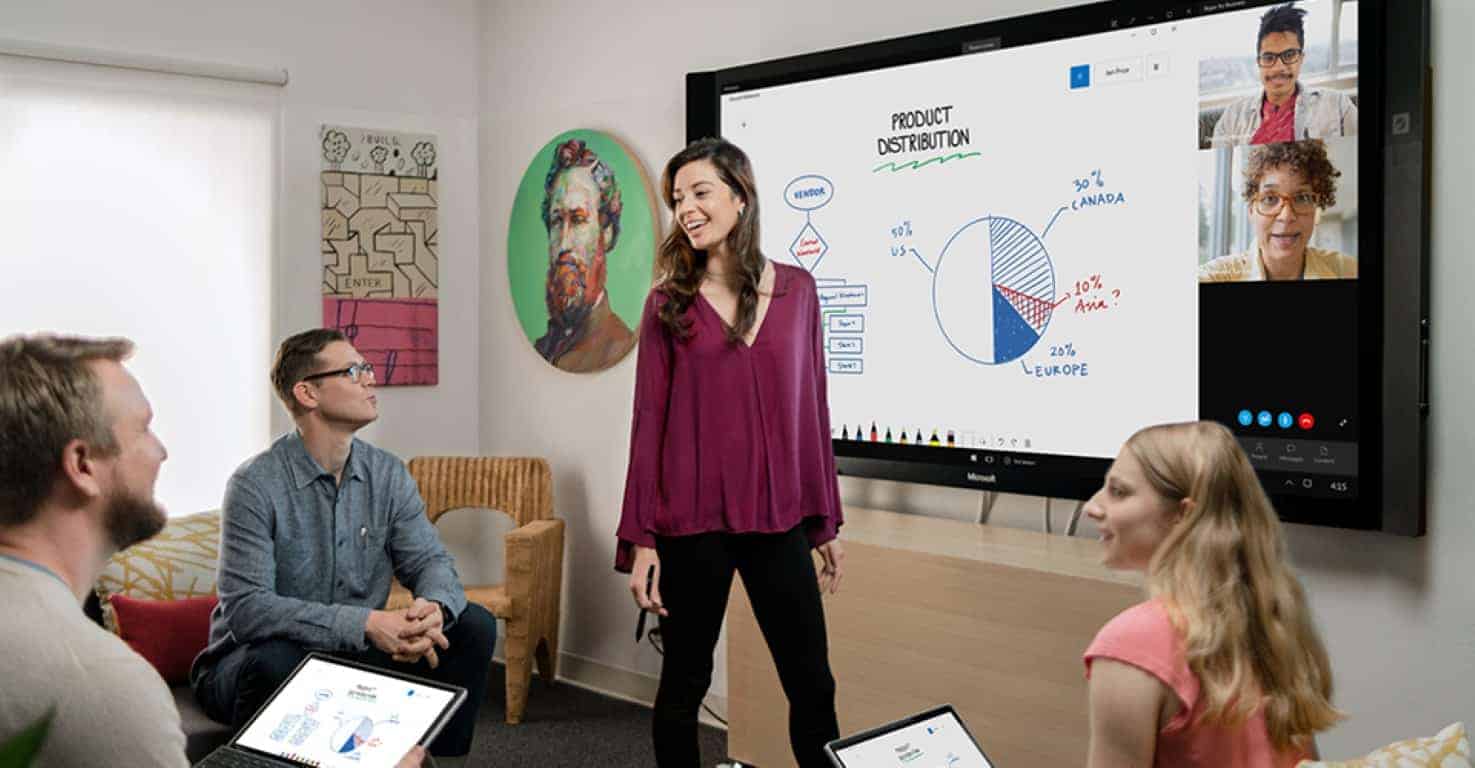