Microsoft continues to bring its popular apps to the Windows 10 and Windows 11 Microsoft Store. The Redmond giant has announced that Microsoft Teams is finally available in the Microsoft Store, and this should make it easier for Windows users to download and install the collaboration tool.

The Microsoft Store listing indicates that this new version of Teams is available for both Windows 10 and 11 PCs, but the functionality is slightly different on both platforms. On Windows 11, this new store version of the app only supports work and school because the latest operating system comes with a built-in Teams consumer chat client. However, the Microsoft Teams app allows Windows 10 users to sign in with their work, school or personal accounts.

“Whether you’re working on a project with teammates or planning a weekend activity with loved ones, Microsoft Teams helps bring people together so they can get things done. It’s the only app with chats, meetings, files, tasks and calendars all in one place, so you can easily connect with people and bring plans to life. Collaborate with teammates through secure meetings, document collaboration and built-in cloud storage,” the company explains in the Microsoft Store. 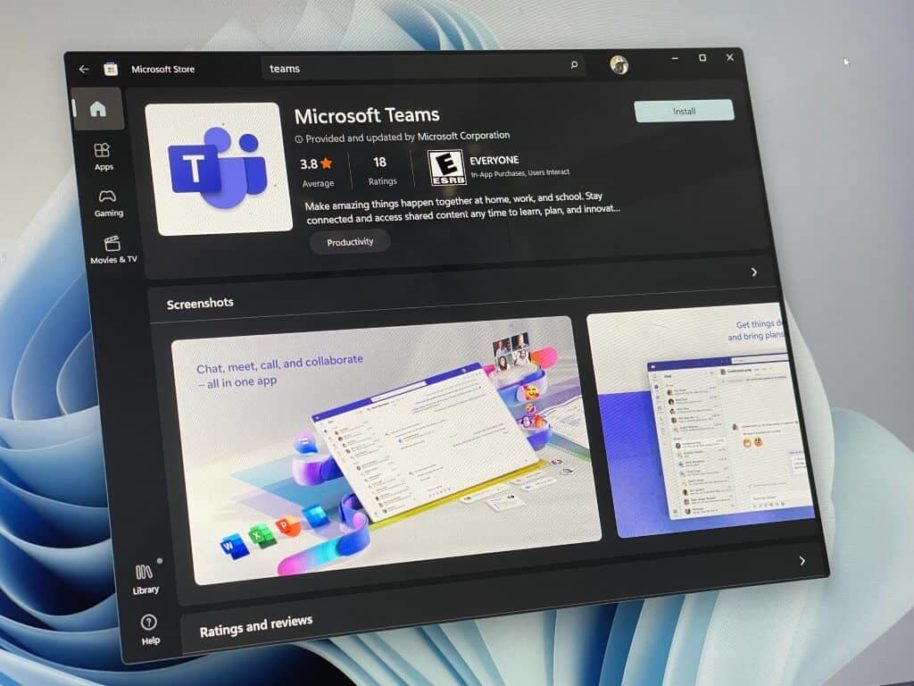 Sign up for our newsletter
Published on
May 21, 2022
Categories
Microsoft 365 / Microsoft news / Microsoft Teams / Office 365