Microsoft is making a new “Polls” app for Microsoft Teams

Microsoft has announced that they will be releasing a new Polls app for Microsoft Teams soon.

However, the app is not new, just a resurfacing of the same functionality of the Polls feature of the Microsoft Teams Forms app.

According to customer feedback and telemetry, Microsoft says they’ve found that many people weren’t aware that the “Forms” app offers polling capabilities in Teams.

To provide a better experience, Microsoft is providing a new Teams app specifically for polling capabilities.

After you stop meeting/chat, the “Forms” app is only available on the Teams channel tab to provide survey capabilities.

However, users don’t have to worry about losing their old data. The new Microsoft Forms app “Polls” has the same functionality, same service and there is no need for data migration.

For the previous polls created in the original “Forms” app, these polls are not lost. Poll owners can still view them in the new “Polls” portal app in Teams OR view them on the Forms web portal page ( http://forms.office.com/ )

The “new” app will begin rolling this out, starting in Teams meetings, then moving to Teams chat in mid-October and expected to be completed by the end of November. 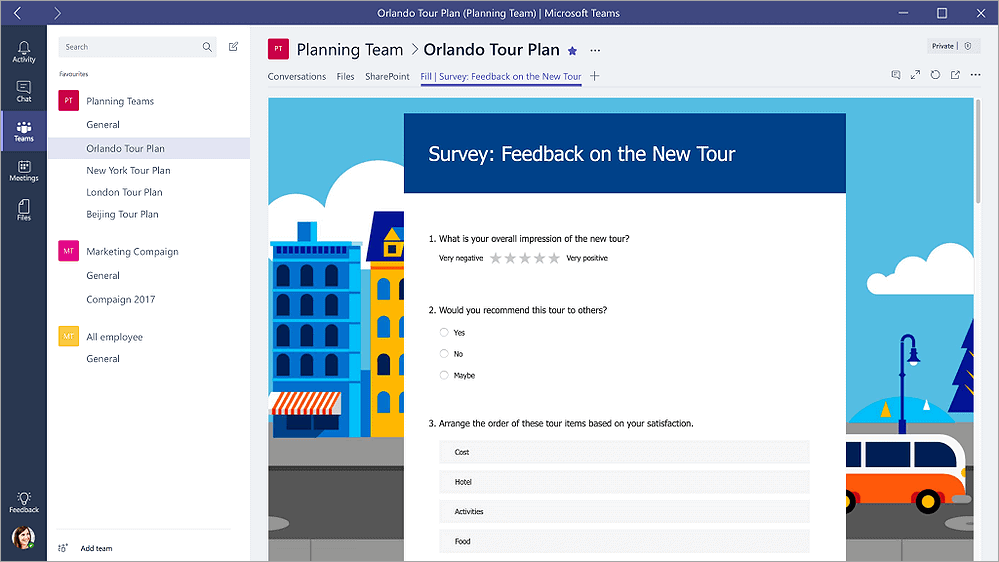