Microsoft launched a new Defender cybersecurity app for Windows, macOS, iOS and Android on June 16. Although the software giant has been using the Defender name for its antivirus protection for years, this new platform-independent Microsoft Defender app is designed for individuals as more of a simplified dashboard that leverages existing antivirus software or provides additional device protection.

Microsoft Defender is available to Microsoft 365 Personal and Family subscribers starting today, and features vary by platform. On iOS and iPadOS, for example, there is no antivirus protection and the app instead offers some webphishing protections in addition to a dashboard with alerts for other devices.

Microsoft Defender also includes security alerts and tips for multiple devices, although the tips are only available on Windows and macOS.

The app feels like it will be redundant for many, but it will be useful for those who want to protect family members and multiple devices in a simple dashboard. Microsoft promises that more features are on the way as well.

“The expansion of our security portfolio to include Microsoft Defender for individuals is the natural and exciting progression in our journey as a security company,” said Vasu Jakkal, corporate vice president of Microsoft Security. “This is just the beginning. As we look further, we will continue to bring more security together under one dashboard, including features such as identity theft protection and secure online connection.” 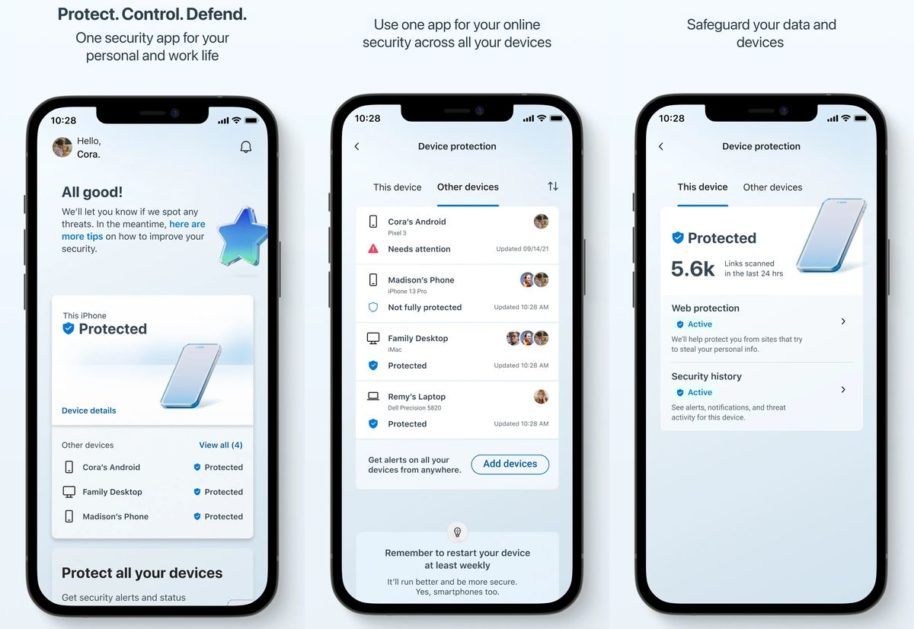