Back in August 2021, Microsoft promised that OneNote on Windows 10 and Windows 11 will receive a series of important feature updates in the coming months as part of the tech giant’s efforts to unify multiple versions of the notes app into one client.

OneNote has undergone numerous changes in recent years. In 2018, when Microsoft really wanted people to use its UWP version of OneNote, the company stopped bundling the original and feature-rich version of OneNote with its pre-installed Office apps. Instead, Microsoft offered the UWP client and only added new features to the modern version.

As a result, we have two apps for OneNote – the original Win32 version is called just “OneNote” and the UWP version uses “OneNote for Windows 10” branding instead. Neither the Win32 version nor the UWP has seen significant development in recent months, as the company struggles to maintain both apps.

Microsoft has finally abandoned the UWP version of OneNote, combining the best of both apps to update the existing Win32 version with new features and design.

New OneNote is being rolled out now!

Over the weekend, Microsoft quietly began pushing early bits of the new OneNote design to users enrolled in the beta program.

A Microsoft official has confirmed that the update is now rolling out to those in the beta channel of the Office Insider program.

The update provides a new navigation UI layout for the sidebar and a visual refresh to bring it in line with the Windows 11 design.

The new sidebar shows all sections and notebooks by default, and synchronization has been greatly improved. The app also feels snappy and rounded corners are now visible in the app. Similarly, OneNote Win32 now supports Ruler on touch-enabled devices, a feature previously exclusive to “OneNote (UWP) for Windows 10.

Apart from these improvements, there is no sign of touch and pen and other features currently part of the UWP version.

It is worth noting that Microsoft is still working on the redesign and screenshots published last year seem to indicate that more design changes are on the way. This will happen over the next few weeks and Microsoft will also add touch and design features that are currently part of the Office suite.

Once the Win32 version of OneNote has received all UWP features and is usable on touch-enabled devices, devices with the UWP version will receive in-app invitations to switch to the new OneNote app. Eventually, the company plans to replace “OneNote for Windows 10” with redesigned OneNote (Win32) in the Store and other places.

The unified app will be familiar to users of both apps and will be free, meaning it will not be tied to specific subscriptions. 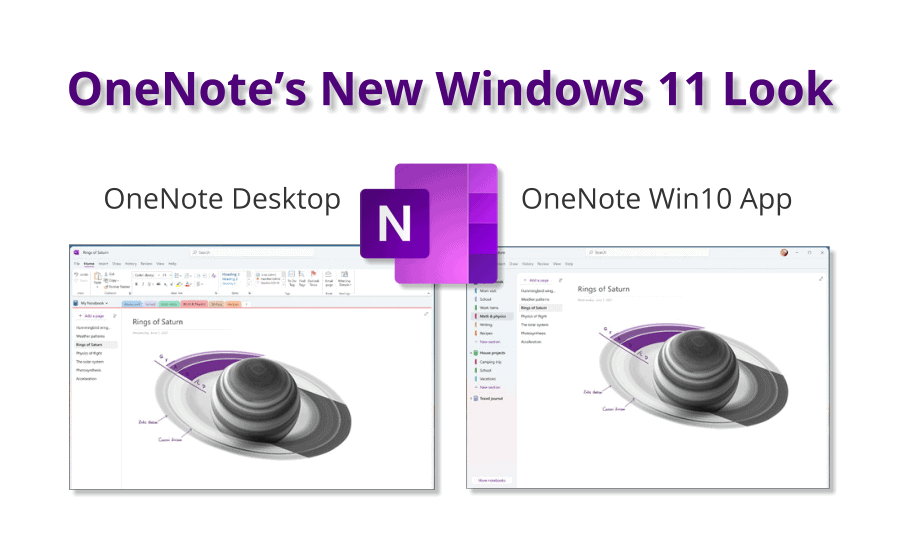