How many channels should a team have in Microsoft Teams?

By design, Microsoft Teams allows end users to structure their workspace using different channels to logically separate content and areas of collaboration in a way that works for them.

There is no defined “right” or “wrong” way to structure teams and channels, but there are some limits and best practices that can be followed to ensure that the structures created are easy to use and navigate.

This article will explore the decision-making process that team owners can use to assess whether a new channel is needed, what type to use, and how to manage large numbers of channels in a team.

What types of channels can I create?

Before creating a team or channel, it’s important to understand the different channel types available. For more detailed information, refer to this article Understanding the three types of channels in Microsoft Teams, which effectively breaks down the differences between regular channels, private channels, and the upcoming shared channels that will be available later this year.

The limits associated with Teams and channels evolve as the platform grows, so it’s worth keeping up with the current limits from the Microsoft documentation. Some of the key limits to consider when determining whether to create a new channel are shown in Table 1:

** After the first 20 users in a group chat, extended features such as status messages, typing indicator, group calls, and read receipts will be disabled.

What about the general channel?

By default, every new Team gets a General Channel. This is the first channel in any team and it’s easy to use this as a dump for all content. Since it is not possible to rename the general channel, content within the channel does not have the nice classification to be associated with a specific channel name. In my experience, the General channel is best used to serve as an area for discussions and content related to the team itself.

For example, requesting to add a new member to the Team isn’t something that requires a specific channel and usually doesn’t relate to the workflows the other channels point to, so the General channel is perfect for this. Another example is storing onboarding documentation on how to use the team, this can optionally define the processes used within the team.

Group chats are distinct from Teams and Channels and can be used for casual, short-term collaboration. There are some points to keep in mind when using group chats for collaboration:

Group chats can be great for discussions between a subset of Teams members and for when content isn’t ready to be shared with the entire team, but they aren’t replacing Teams and channels.

When should I use private channels?

Private channels have been a high-demand feature since the launch of Teams. Essentially, private channels are an area of a team that doesn’t inherit membership from the parent team and can be used as a restricted area for conversations and collaboration that not everyone on the team should see.

This can be very useful when you don’t want to break the general information architecture of the team, but want to lock the content behind a specific permission set (or grid). Given the much smaller limit on the number of private channels that can be created, along with the fact that the underlying SharePoint storage is independent of the team site, it’s worth considering whether there is a real requirement to access content within block the channel or if it’s just something other team members aren’t interested in and can hide within their client.

Some examples of use cases for private channels:

Managing the financial aspects of a project within a project team
Providing an “internal only” area in a team with external guests
A management area within a large or company-wide team
Read more: Report Teams Channel Storage with Microsoft Graph API and PowerShell (practical365.com)

Looking at the channel architecture within a team, it’s a nice feature to have specific channel settings for each channel being created. The individual channel settings can control moderation and message permissions (Figure 1).

For example, creating a new channel to publish updates for a specific project can prevent regular channel members from starting or responding to posts within that channel. This can all be done per channel to allow for flexibility in the team structure.

As with regular users, guest users can be brought to Teams to collaborate as part of the group. Permissions for guest users can be defined in the team settings as shown in figure 2, by default they are not allowed to create, manage or delete channels.

To join within a team, an external user must be provisioned as a guest within the tenant, but when using a group chat, guest users can be brought in as soon as they can merge with your organization. Federation is open by default, but some organizations may choose to implement a list of allowed/blocked domains to manage federation.

Note: When an external user is added to a group chat, a new chat is created and the chat and file sharing histories of the original group chat are not available to them.

When creating Teams for general use, the Teams Templates feature is a great way to set up a team with all the most common requirements. Templates can be used to predefine a Teams structure (channels, tabs, and apps) that is then used to create the team. This takes a lot of guesswork out of the process for regular users.

A wide variety of built-in templates are readily available, and custom templates can be created from scratch or by copying the structure of an existing team. This means that the most common use cases for your organization can be predefined and presented as a ‘catalog’. For example, an organization going through multiple acquisition projects and using Teams to manage the process may predefine a template to ensure that the structure provided is identical for each project, even if different team members are involved. When a team is deployed through a template, it can then be modified and updated, but the original object always remains the same. Deploying templates is quite easy, and end users can preview what they’re setting up before committing to creating the team:

Do you even need a team?

As Teams has grown and adopted at an extraordinary rate in organizations, a question often forgotten when creating a new team or channel is: do we need a team for this? For example, if you are creating an area to store documentation, a team or channel may not be required at all. Teams brings a lot to the table with the collaboration aspects of conversations, tabs, and apps, but the question is whether all that functionality is necessary or whether a basic SharePoint team site meets the requirements.

Aside from the confusing overlap of names, a team site/document library provides users with a place to store, share, and collaborate on documents without the added noise of a team. Better still, they can be added as a tab in an existing team to bring it all together, as shown in Figure 4. This can be done easily with the Document Library Teams app. A disadvantage of this method is that the permissions on the site/library are managed separately from the team itself.

Organize teams and channels within the Teams client
As teams grow with multiple channels, not every channel is interesting for every member of the team. As a team owner, channels can be set up to appear in everyone’s channel list. This allows team owners to define up to 10 channels that are important to the team, while users can hide or show other channels as required using the team channel settings shown in Figure 5:

Users will always see a channel with an pending important notification for them, regardless of whether it is hidden or not.

Another great feature is the ability to ‘pin’ channels in the Teams client, giving you quick access to the channels that matter most to you by always making them available at the top of the Team/channels list.

Why do your employees need Microsoft Teams training?

With all this in mind, if we go back to the original question, “how many channels should a team have?” Unfortunately, there is no definitive answer to this, but you can use the guidelines below to make the right decision when creating a channel.

Keeping channels to a minimum is a good practice to help team members find content quickly and efficiently, taking into account the limit of ten channels that team owners can set as always displayed to members. However, there is nothing wrong with having large numbers of channels if they are all different, important areas of collaboration within the team.

Consider the alternatives to Teams and channels when deciding to ensure your requirements are met at the right level and not driven by the solution. You probably don’t need a Team or channel to chat casually with your colleagues ad hoc, or to save some old documents for reference, but for that rich collaboration, complete with apps and tabs, Teams is great.

It’s also important to be aware of the restrictions on channels, especially if you’re dealing with multiple private channels, so that you don’t have to wait 30 days for the retention on a deleted channel to expire before you can create a new one.

In summary, sometimes less is more when planning Teams channels. However, Teams is a very flexible tool, and the team’s logical structure should meet the needs of your organization without over complicating it. 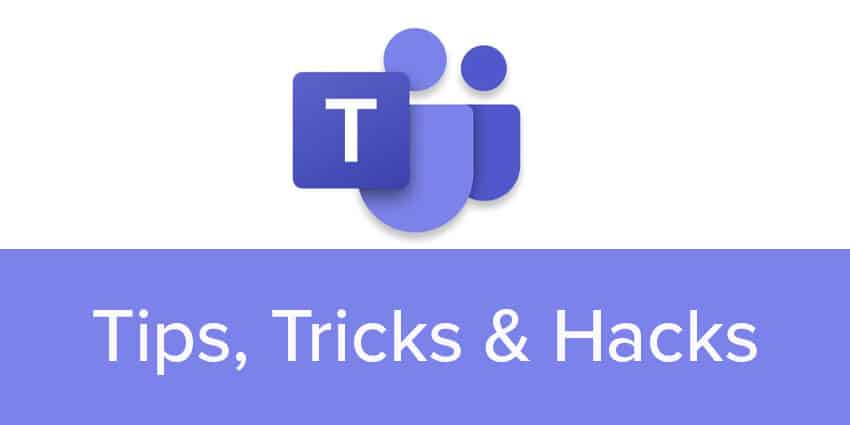