YouTube Dislike Unofficially Counts Back With A Browser Extension, Here’s How It Works

Google announced last month that YouTube would stop dislikes from videos, a change that is already in effect and highly controversial among users. For those who want to keep YouTube’s Dislike alive a little longer, a neat browser extension makes that possible, at least for now.

The new browser extension, simply titled ” Return YouTube Dislike ” allows users of Chrome, Edge, Firefox and even iOS to restore the YouTube dislike count for their video viewing experience. The extension has received thousands of positive reviews from users since its release.

When installed and active, the extension will automatically change the YouTube site to where it shows a dislike count as before. Better yet, it also shows exact numbers instead of the general “10k” when you mouse over the “Like/Dislike” section.

To download the extension, you can use this direct link or search for “Return YouTube Dislike” in the Chrome Web Store. Other platforms are available here . After installing the extension, no more work is needed. Make sure to keep it running and head over to your favorite YouTube video to see it in action. The extension is of course free, but the developers accept donations .

So, what’s the catch? Really, the bottom line is you’re wondering how long this will effectively last. The extension currently uses data from the YouTube API, which still shows current dislike counts to anyone using the public data API. However, that will change on December 13, as Google has previously confirmed that this is the date this data will be deleted.

After that date, which is fast approaching, the developers of this extension say that they will use archived statistics and user data from the extension to develop the number of dislikes. The extension already uses this scraped data to improve the visible dislike counts. As it stands, data is also only updated once every few days.

The backend will switch to using a combination of archived dislike metrics, estimates extrapolated from extension user data, and view/like ratio estimates for videos whose dislikes have not been archived and for legacy dislike archives.

There isn’t much confidence in how well this will work in the long run, but this solution is definitely better than nothing. 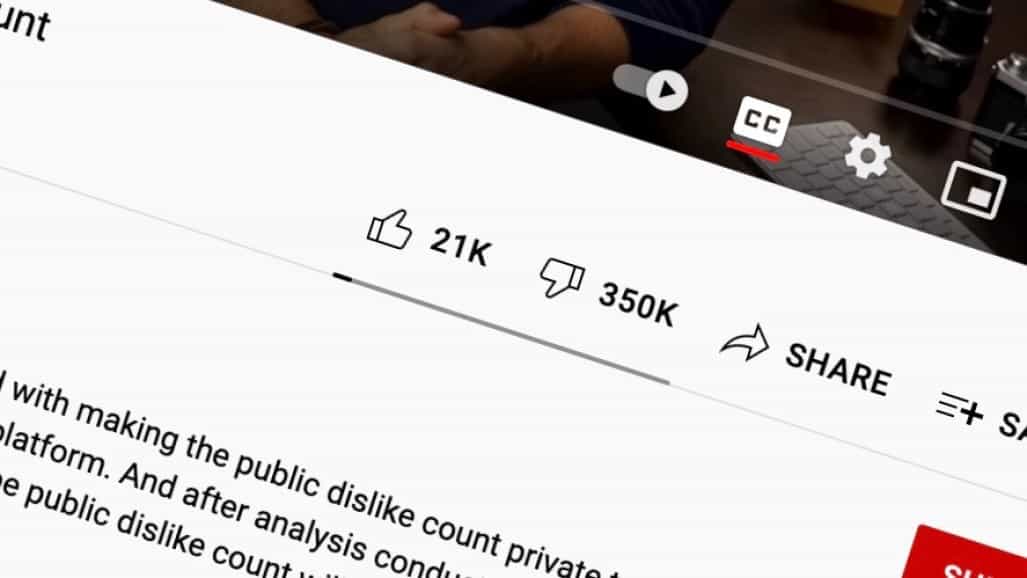