Microsoft has announced a new feature for Microsoft Teams Rooms for Windows.

This new feature allows users in the room to switch between multiple video cameras from the console in Teams rooms on Windows. For rooms with more than one video camera connected to MTR, users can switch between these cameras during a Teams meeting by selecting a camera from the list of available cameras.

Users using Microsoft Teams Rooms set up with multiple USB cameras will see an updated experience for the video button on the universal bar on the Teams Rooms console.

Tapping the angle bracket next to the camera icon displays a camera selection dialog with a live preview. When the user selects another camera, it will be selected and the user can tap anywhere outside the dialog to close the dialog.

Device administrators can select a default video camera by selecting it in device settings, via XML configuration, or in the Teams Admin Center user interface.

If the device does not have multiple USB cameras set up with the Teams Rooms device in the meeting rooms, there will be no difference in the experience.

This update for Microsoft Teams Rooms only for Windows is expected to be available in the Microsoft Store in mid-December. 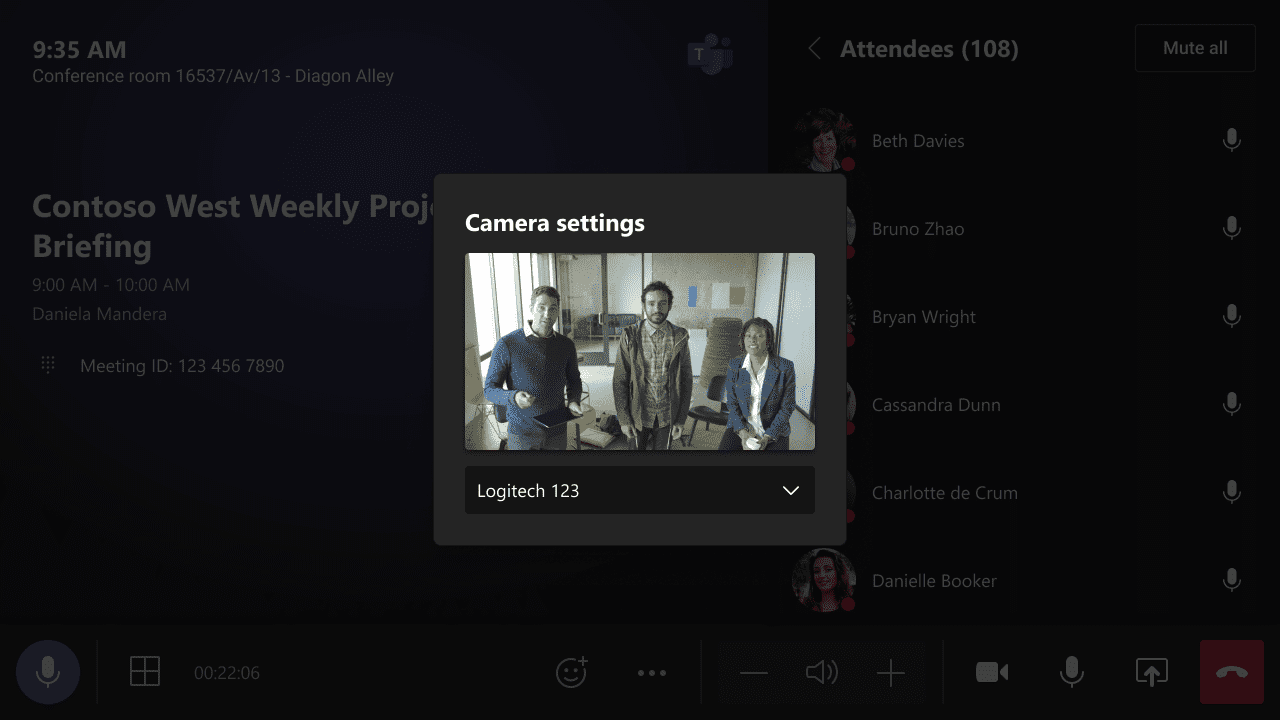