Portal Go can be lifted from the charging station and carried wirelessly.

Facebook has launched two new Portal devices, including the first portable version, which can be lifted off the charging pad and carried wirelessly.

The social media giant said the Portal Go will come with a 10-inch screen and a 12-megapixel camera, allowing users to call family and friends from more places.

It will be joined by the new Portal + which also has a 12-megapixel camera but houses a larger 14-inch screen. Both devices will go on sale on October 19.

It also has Alexa built in and a suite of privacy controls designed to allay any device and data security concerns from its users.

Both the Portal Go and Portal+ devices can be protected with a screen lock and password, contain controls to disable the microphone if necessary, and have an integrated lens cap to physically block the camera.

“Portal was created with privacy, safety and security in mind,” Facebook said in a statement, adding that it has clear and simple settings so users can stay in control.

It also features end-to-end encryption over WhatsApp calls and coming soon to Messenger for contacts and groups.

The social media company also announced a number of updates to its Portal software, including support for Microsoft Teams starting in December.

The new WhatsApp multi-device support tool, which is currently being tested and which will allow people to use WhatsApp on their phone and up to four other smart devices at the same time, is also being introduced in Portal.

The devices will also include a new Household Mode, which will allow the owner to designate the various apps and contacts that are accessible to anyone who wants to use the Portal and must be out of reach for common use.

The company is also starting to pitch the device to people who work from home, as a way to stay in touch with colleagues without using your laptop or phone. 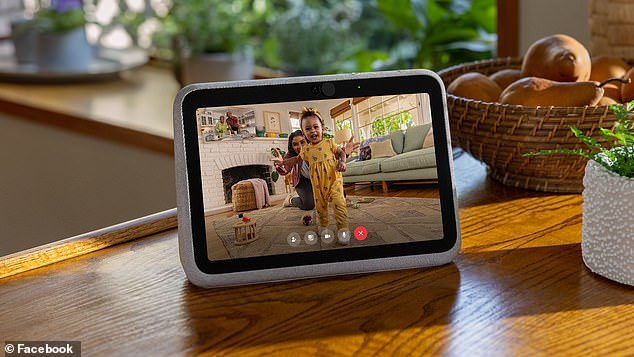