Like any other collaboration tool, Microsoft Teams also allows you to quickly share content from your device, although the experience on a desktop is different than on a mobile device.

Microsoft is now working on a new process to share a document, a presentation, a whiteboard, the full screen of the desktop, and the app on your screen. The new Microsoft Teams user interface aims to provide a clean experience, allowing you to share content directly from the main menu.

As you can see in the screenshot below, Microsoft is adding a new “Share” icon to the main menu that allows you to share content when you are in a meeting. The new Share user interface allows users to share screen, window, PowerPoint slides and whiteboard content with or without computer sound.

“The user interface for the in-meeting Share feature in Microsoft Teams has been redesigned to help presenters find the content they want faster and easier,” Microsoft noted in the roadmap.

Microsoft Teams to get a new top hit feature

In another update to the roadmap, Microsoft said it is working on a new search feature called “Top Hits”. This allows users to discover relevant files, documents, slides and other items.

For example, the Microsoft Teams Top Hits feature intelligently scans your account and displays the most relevant suggestions in the search result.

In addition to the desktop client, Microsoft Teams web will also get a few new features later this year.

For example, Microsoft is working on a new gallery view that can display up to four participants in supported browsers, such as Google Chrome and Microsoft Edge (Chromium). 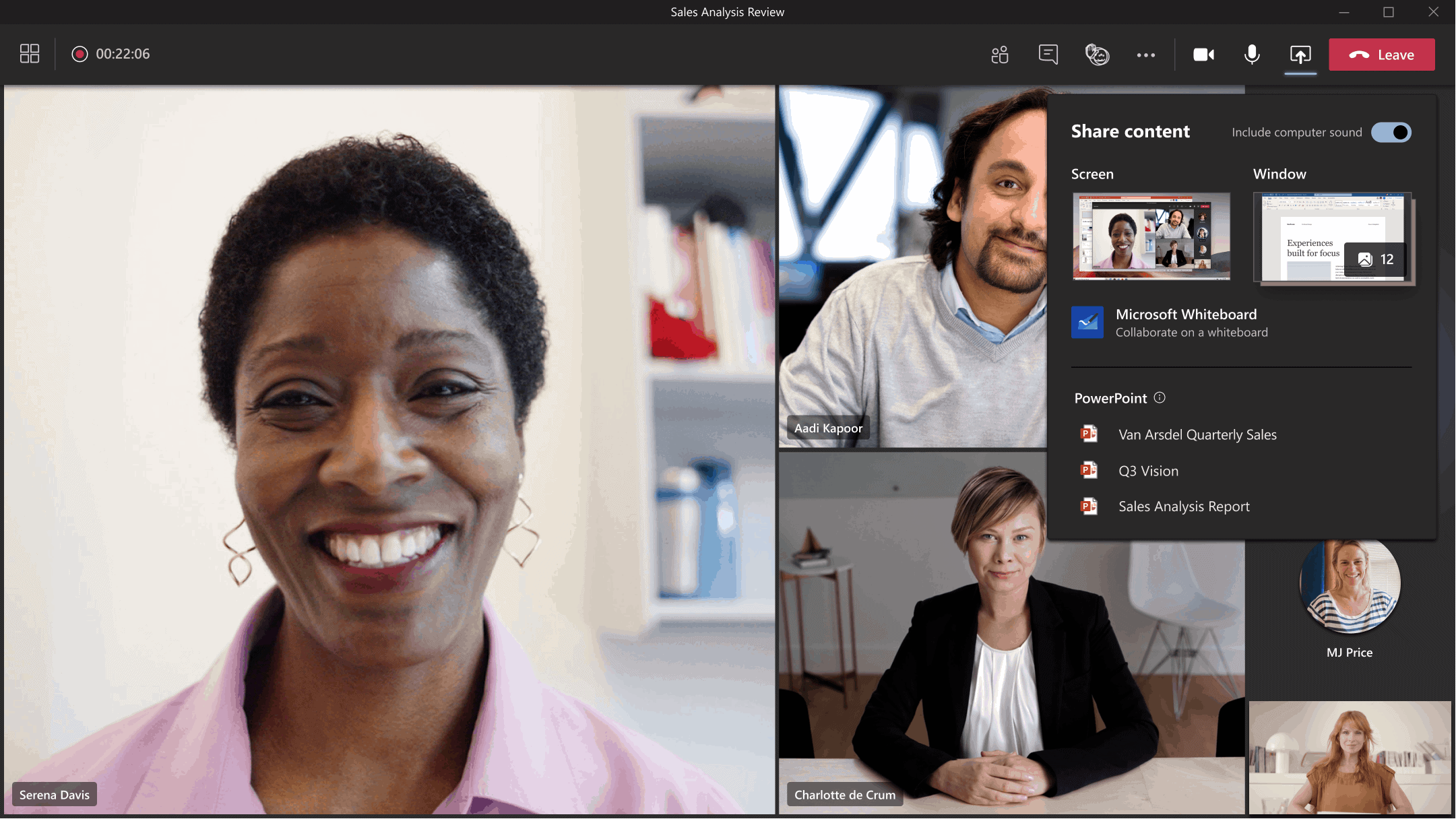