Home » Blog » Microsoft nieuws » Microsoft Teams may be about to finally get these useful features. 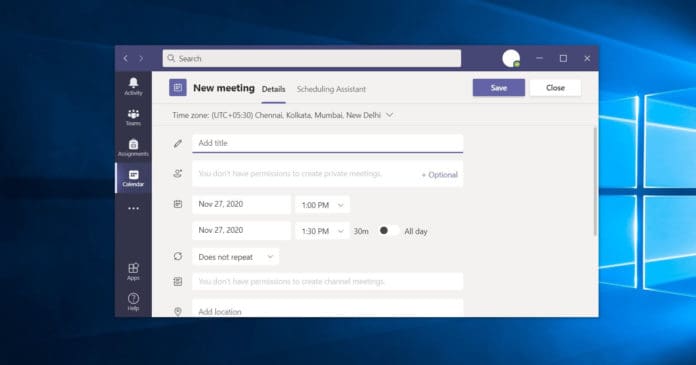 Microsoft Teams may be about to finally get these useful features.

Microsoft Teams for Windows 10 and macOS gets a new update that gives users more control over conversations.

In addition, Microsoft is finally introducing the new pre-join meeting experience for Team Meetings. The new user interface before participation makes it easy to configure your audio, video, and device before you enter the meeting.

In the new experience, you can verify your audio and video devices before you go to the meeting. This helps you prevent your hardware from not working properly during a live meeting. Of course, you can always change the settings after you join the meeting.

Other features, including “Teams Polls,” will also be available to users. Survey integration allows organizers to hold more engaging and productive meetings, and you can manage all your surveys on a tab in the Teams meeting.

Early next year, Microsoft will finally allow you to store your meeting recordings in your personal OneDrive accounts. In addition, the tech giant plans to introduce new automatic retention labels and the ability to store meetings in SharePoint.

Later, Microsoft will also enable support for multiple accounts in Teams for your personal accounts.