Microsoft unveils free ‘next generation’ operating system for the first time with new ‘Start’ button, Mac-like features and Android apps on desktop
Microsoft confirmed that Windows 11 would include a redesigned start menu and store

Microsoft has unveiled its new Windows 11 operating system, designed as a more personal environment to work, play and connect with others.

‘We learned not only how functional and practical the PC should be, but also that it needs to be personal and emotional,’ says Panos Panay, Chief Product Officer.

The tech giant said it drew inspiration from the way people connected and used computers during the coronavirus pandemic to make the Windows environment more personal.

Windows 11 will hit the market by the end of this year and is the first major refresh of the Microsoft operating system since 2015. It will be a free upgrade for users running Windows 10 until mid-2022.

microsoft CEO Satya Nadella said the world needs a more open platform that gives users and developers the freedom to do and create what they want. 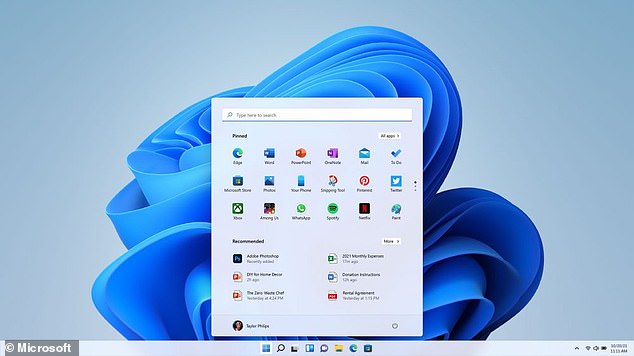