Microsoft has confirmed this feature in the Microsoft 365 Roadmap, and the company plans to release this feature next month with the July 2021 update.

During this pandemic, Microsoft Teams gained a lot of appeal, as most people now work from home and the companies have moved to this platform to help their employees connect with each other.

Native notifications from Microsoft Teams for macOS are almost there

Recently, Microsoft released a highly anticipated feature called “Call Merge” to Microsoft Teams for desktop and web apps. Another feature coming this month is the ability to access the files stored in Teams that are currently available offline.

Now the company is working on another feature that makes your VoIP calls through Teams more secure by applying End-to-End Encryption (E2EE). The new feature can be implemented at the company level by the IT managers and they have full control to set who can use E2EE in the organization.

Teams supports an option to use end-to-end encryption (E2EE) for ad hoc 1:1 Teams VoIP calls, providing an additional option for making sensitive online calls. To support customer security and compliance requirements, IT has full control over who can use E2EE in the organization, Microsoft says in the Microsoft 365 Roadmap. 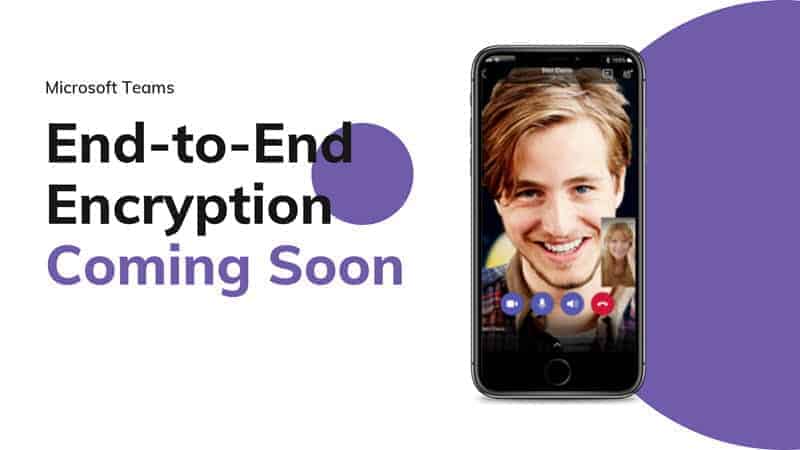