A new roadmap update from Microsoft shows us a Microsoft Teams feature that you can use from September and that’s: walkie-talkie with your phone, over a wireless or mobile connection. The new feature makes communicating with your colleagues faster.

Figuratively speaking, with the new feature your phone or tablet can be used as a walkie-talkie (of course via the MS Teams app). The new feature will be available worldwide in September. The walkie-talkie option seems very useful for frontline workers, and it will help reduce the number of devices they need to wear while providing the necessary security.

Emma Williams, CVP Modern Workplace Verticals at Microsoft, said the new native built-in Teams functionality will help reduce THE IT costs of businesses and organizations. She also added that the feature is more secure compared to analog devices with unsecured networks, and that you don’t have to worry about eavesdropping or overreaquey.

The feature works via Wi-Fi or mobile data and can be used in different geographic locations.

Previously, Samsung has shown how to use the new MS Teams feature with the robust Galaxy XCover Pro; without even unlocking the phone, since you can access it via the programmable button on the phone.

To further expand Team’s walkie-talkie feature, you can use it with a wireless headset. For example, the Jabra BlueParrot and Klein Valor Speaker have been validated to work with the new functionality.

The feature will be rolled out in September, and to use it, you’ll first need to open the app on your smartphone and search for the Walkie Talkie icon in the navigation bar. It will be there or in the ‘More’ options. 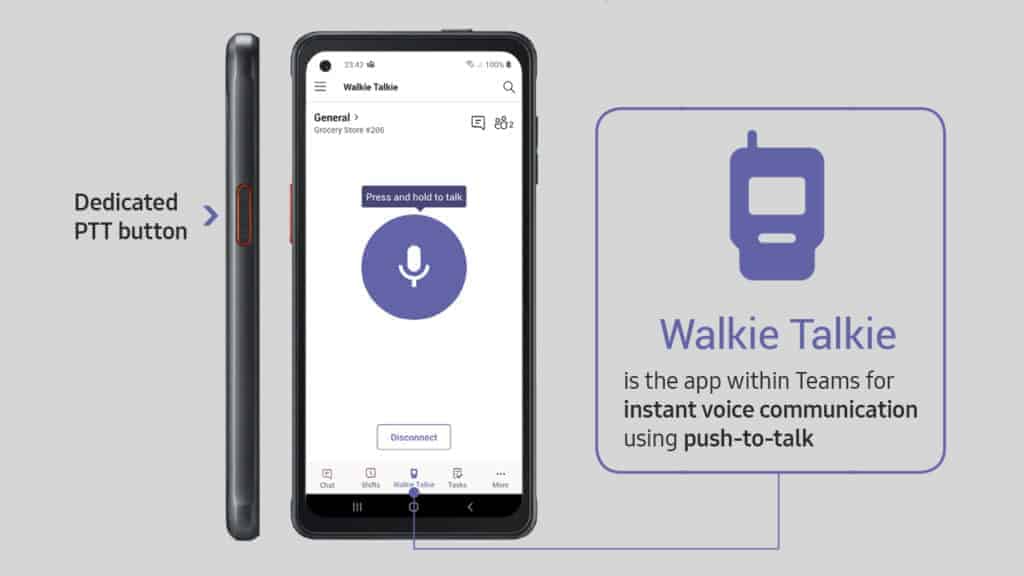