Teams phones have been given several features this month that Teams users know on smartphones and PCs.

Every month, Microsoft collects a list of all the new features for Teams phones. These special devices allow people to use Teams through hardware like the Lenovo ThinkSmart View. Some of this month’s new features bring functionality to Teams phones already available on Microsoft Teams for smartphones, tablets, and PCs, such as adding or transferring a call to a device. Microsoft outlines the new features in a Tech Community post.

Support for transferring and adding calls to devices was rolled out this month. If you’re on a call on another device, your Teams phone will ask you to connect the device or add it to the call. This functionality was already supported by the Teams apps for phones and computers, so it’s a nice addition to Teams phones.

Another popular feature of the Teams apps, background replacement, also found its way into Teams phones this month. You can now select pre-filled backgrounds to replace your environment within a conversation.

When you create a contact in Microsoft Outlook, a person’s information now appears in the People app on a Teams phone interface. At this time, only phone numbers are displayed.

Teams phones have also been given the option to subtitle conversations live in one-on-one calls this month. Devices can detect what is being said and present it as text on the screen in real time.

Pre-call screening can now work with dialing tests, which is a handy addition in early media scenarios.

Improvements in user-friendliness on Teams phones

There are a few different areas of the Teams phone experience to improve the way users handle their calls and contacts.

When a boss or admin is on the phone, users can press the purple button to see new options related to their contacts. Now, a boss or administrator can easily see their frequent contacts with direct options to see their call status or post an outgoing call to them.

Several other improvements were rolled out to Teams phones in June, including an enhanced contact interaction experience and the addition of a screen that lets people know if they don’t have voicemail. 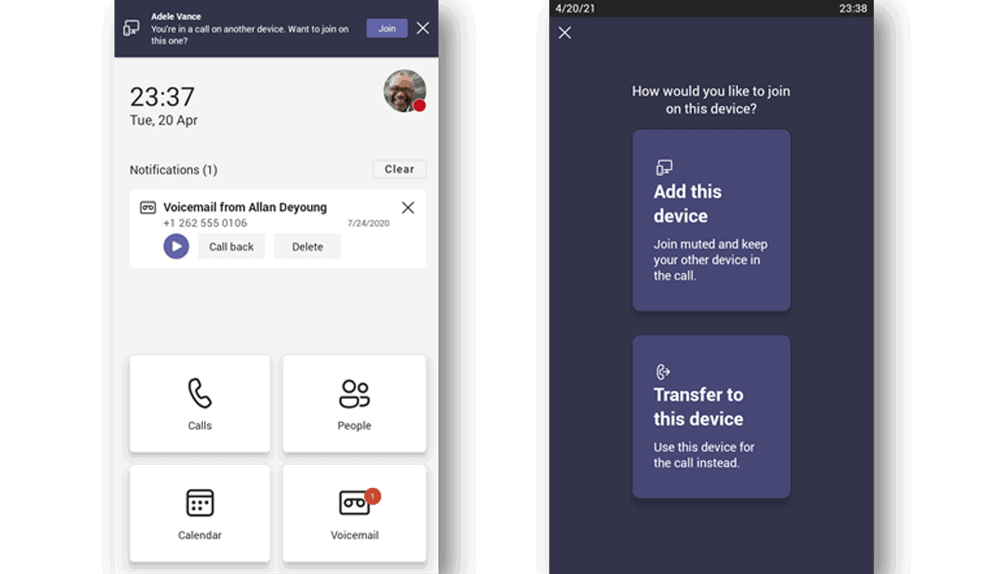 Sign up for our newsletter
Published on
Jun 11, 2021
Categories
Microsoft Teams