With Microsoft Teams on the desktop, users can now merge calls

The desktop version of Microsoft Teams adds a new feature that allows users to merge calls. The Microsoft 365 roadmap list for the feature suggests that the rollout of this update is currently underway and should be complete by the end of this month.

Previously, the app allowed users to make and receive several PSTN calls, but there was no option to merge them. This functionality is available in Skype for Business and users have been complaining about its absence in Microsoft Teams for a while now.

Thankfully, the company has finally decided to incorporate their feedback by introducing this capability into the app. The new Conversation Merge experience allows users to combine their “active unheld 1:1 conversation into another 1:1 conversation or another group conversation”. The feature is available for both VOIP and PSTN calls in Microsoft Teams.

Microsoft is delaying the rollout of shared channels in teams until November.

In the Teams desktop app, the Call Merge option is enabled by default and users can now combine calls in a number of ways. They can merge an incoming call with an ongoing call or place a new call and merge it with an existing call. To do this, navigate to the call buttons, select the More options button and then click the “Merge Call” icon. The app automatically puts the first call on hold if the user is on another call.

The conversation merge experience is useful when a person is part of a group or 1:1 conversation and may want to invite another colleague to discuss a relevant topic. This feature is only available to desktop users for now, and it’s not clear when the company plans to ship it to mobile. It supports the best browsers such as Microsoft Edge, Google Chrome and Safari. 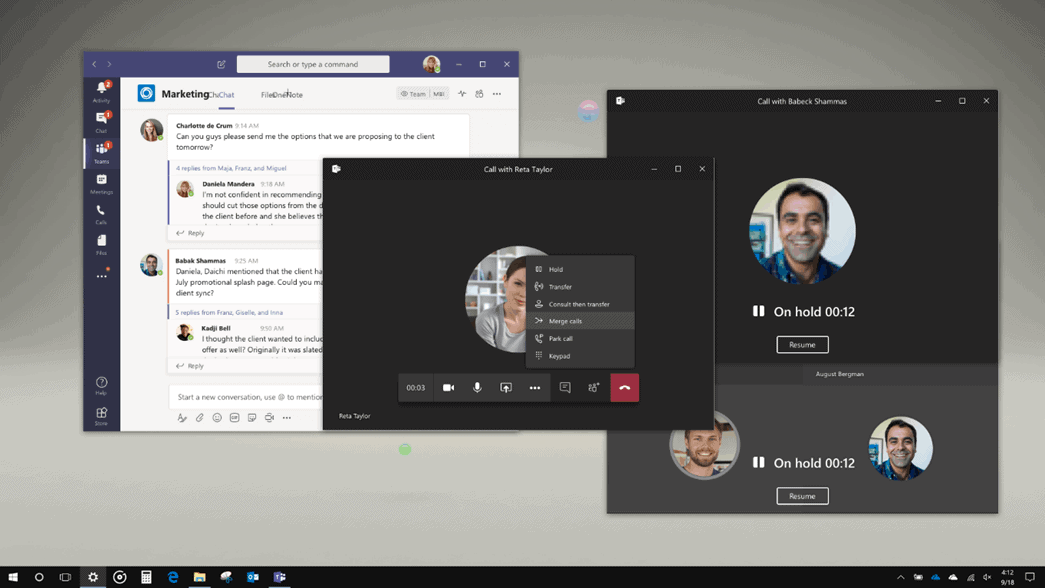