Microsoft is launching a new feature that could be lifesaving for anyone who needs to watch teams meeting recordings.

A new item in the company’s product roadmap suggests that the collaboration service will benefit from a variable playback option that will soon become available for Microsoft Stream, the native Microsoft 365 video service.

“For recordings of Teams meetings stored in OneDrive and SharePoint, you can now change the playback speed (0.5x-2x) while watching the video,” Microsoft explains.

Unfortunately, the variable playback feature is still in development and will not be rolled out in a full public build until September.

Microsoft recently announced that it will soon make a change that means all Teams meetings will be recorded automatically, without the organizer or an IT administrator having to sign in.

The idea is to avoid situations where participants or absentees miss out on crucial information, and to provide a pool of resources that can be consulted afterwards, including full text transcripts and any attachments shared during meetings.

Because all meeting recordings are archived by default, the new variable playback speed option helps Teams users get the most out of these resources.

It works in both directions, allowing users to slow down recordings at crucial times to ensure no important details are missed, and to speed up minor parts of the conversation. In general, this should mean that activities such as taking minutes and catching up on missed sessions take fewer hours of the day.

The feature is also an extension of Microsoft’s existing accessibility efforts, giving hearing impaired people a better chance of following the thread of the conversation and giving people suffering from conditions like dyspraxia a chance to take fuller notes. 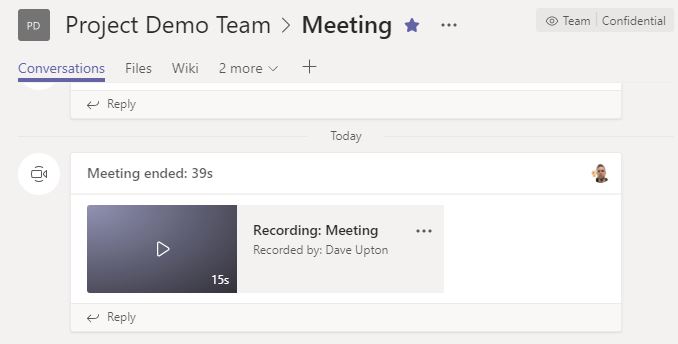