Microsoft is bringing its infamous Clippy character back to life as an emoji in Office. After a successful campaign to get Twitter and Instagram likes, Clippy is now replacing the paperclip emoji that exists in Windows, Office, Microsoft Teams, and other Microsoft 365 products. It’s part of a larger update that will update 1,800 emoji in Microsoft 365 with 3D designs and the company’s Fluent Design language.

Clippy is the star of the show, with 3D emoji redesigned to add a lot more personality. “I grew up with Clippy and it just seemed like a fun Easter egg,” Claire Anderson, Microsoft’s official “emojiologist” said in an interview with The Verge. “We all imagined that pleasure when you put the paperclip in a Microsoft product and then all of a sudden you get this dose of nostalgia.” Clippy, with his Groucho brows, will now replace the flat and dull paperclip.

The big change with Microsoft’s emoji is a move to 3D that will appear in Windows and elsewhere. “We chose 3D designs over 2D and chose to animate most of our emoji,” explains Anderson. The emoji have been redesigned with bright and saturated colors, with an emphasis on fun in the workplace. The 3D element really makes them pop and they look a lot more modern than what’s currently available in Windows.

About 900 of these revised emoji will also be animated in products such as Microsoft Teams. “We loved that element of the Skype legacy, so we wanted to bring that into this new system and bring that to life for more of our users,” says Anderson.

Emoji have increasingly become an important part of online communication in recent years, adding emotion to what would otherwise be lifeless computer-based interactions. Microsoft says it has been working to “rethink graphical expressions of professionalism” with this major emoji update, something especially relevant during a pandemic that has blurred the lines between work and life.

“Since it’s not easy for everyone to be playful or highly expressive, emojis are the perfect little helpers,” Anderson says. “Far from being frivolous or graceful, they are extensions of our own humanity and an important means of communication.”

Microsoft’s renewed focus on having fun with its emoji is a far cry from the company’s previous effort to revive Clippy. Some employees working on Microsoft Teams released a nice sticker pack with animated Clippy GIFs in 2019, but Microsoft quickly removed them after a few days. A Microsoft insider told The Verge at the time that the company’s “brand police” was not happy that Clippy had appeared in Microsoft Teams. It’s likely that there were legal or copyright issues behind the decision, and interestingly, Microsoft even filed for a Clippy trademark last month.

Microsoft’s new emoji may be a minor addition to the company’s online services, but they also appeal to broader design ambitions at the software maker. Microsoft has challenged itself in recent years to adopt an “open design” philosophy, a more coherent and human approach to how it designs software and hardware for its various teams. We’ve seen a greater focus on iconography and a Fluent Design system that spans across all Microsoft services. Windows 11 is the latest example of Microsoft’s design changes.

The updated emoji will appear throughout Microsoft 365 in the coming months. Flipgrid will get access to the new emoji next month, with Microsoft Teams and Windows updating during the holiday season. Yammer, Outlook and other Office apps will also see the emoji updates shortly after. 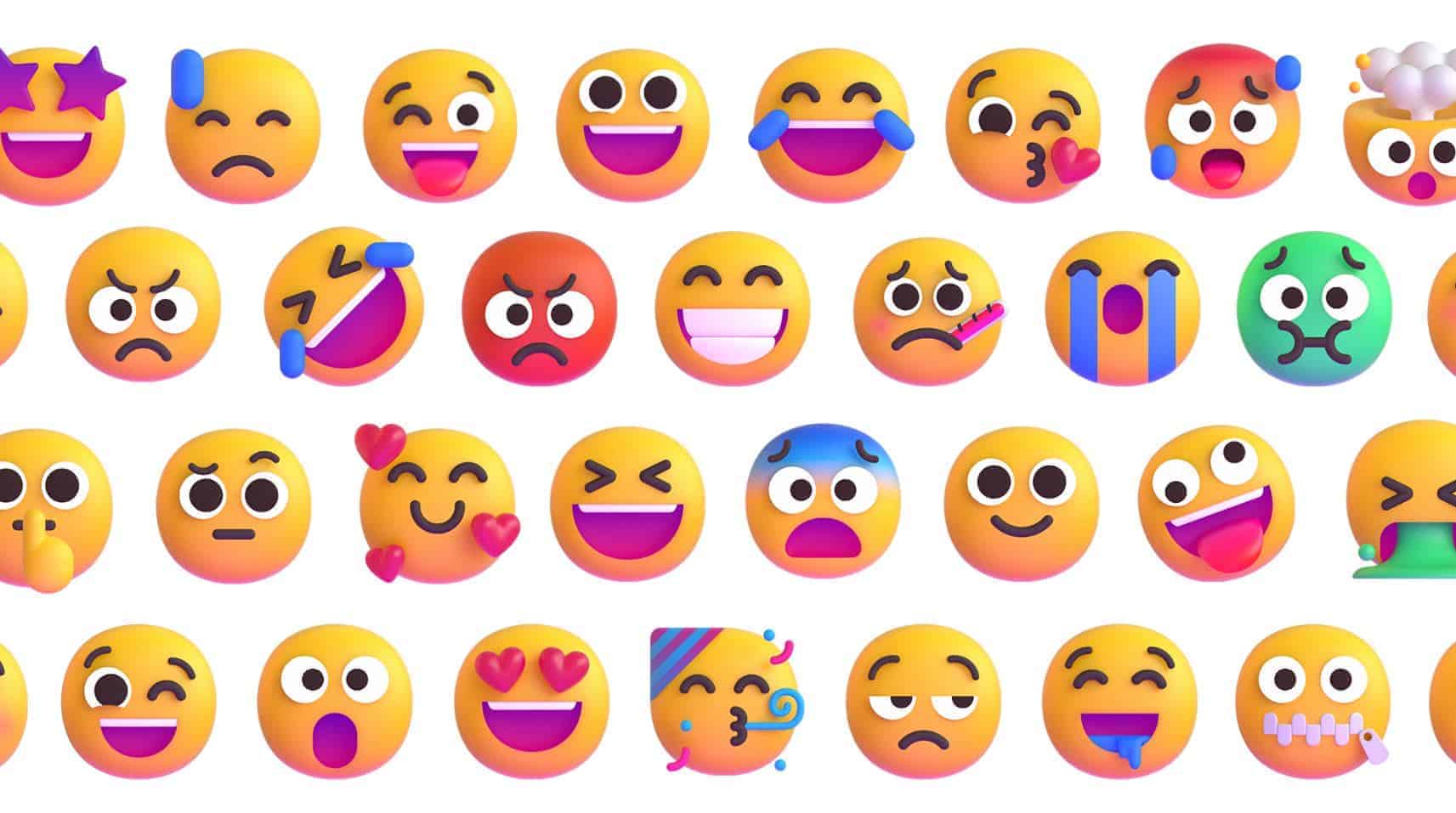