Microsoft updates the Profile menu in Microsoft Teams to make it easier to switch accounts.

Microsoft has announced that they will soon roll out an update to the Profile menu in Microsoft Teams.

The change was originally announced in December 2020, but the rollout was initially delayed. ON May 4, Microsoft announced that it is now ready to move forward.

Microsoft Teams will soon have an automatic recording feature.

Access to Settings, Zoom Control, Keyboard Shortcuts, Info, and Check for Updates is moved from the Me menu to a new menu in the title bar. The I menu will focus on account management, where users can switch to another account or tenant through the first level of the I menu.

The following links are moved from the Me menu to a new menu in the title bar: 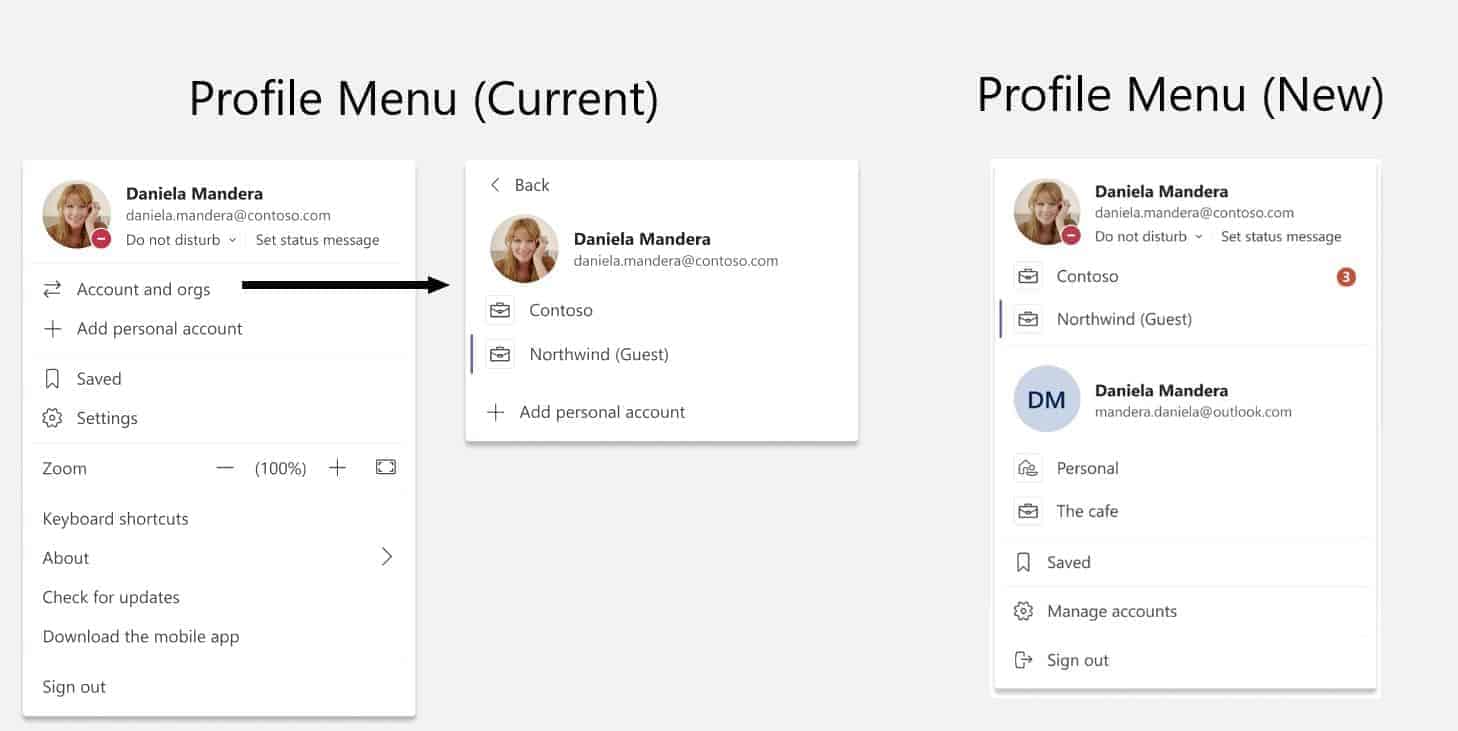 Published on
May 4, 2021
Categories
Microsoft Teams