Microsoft has officially announced that the new Tasks app is now generally available to all Microsoft Teams users with a Microsoft 365 subscription. The company says the new Tasks experience should be available in the desktop and web versions of Teams for all non-governmental tenants.

As a reminder, the rollout of the new Tasks app began in July and was gradual until September. The task management app is essentially a rebranding of the Microsoft Planner app in Teams. However, the new experience comes with a host of new features, including a new list view and the ability to edit multiple tasks at once.

Microsoft Power Automate: How it helps you automate your business processes?

In addition, Microsoft is also working to make the app available for government cloud solutions, although this will happen later this year. The company has promised that the Tasks app will soon be rolled out to all iOS and Android users in non-government clouds.

“This announcement also takes us to the next stage in our naming series, where the app name turns into Teams per planner and Tasks on desktop and Tasks on mobile. We will make this change over a weekend to reduce the chance that users will see different names when the name change is made, and we expect to make the change by the end of October. We will update our message in the message center when we begin this change,” the company explained. 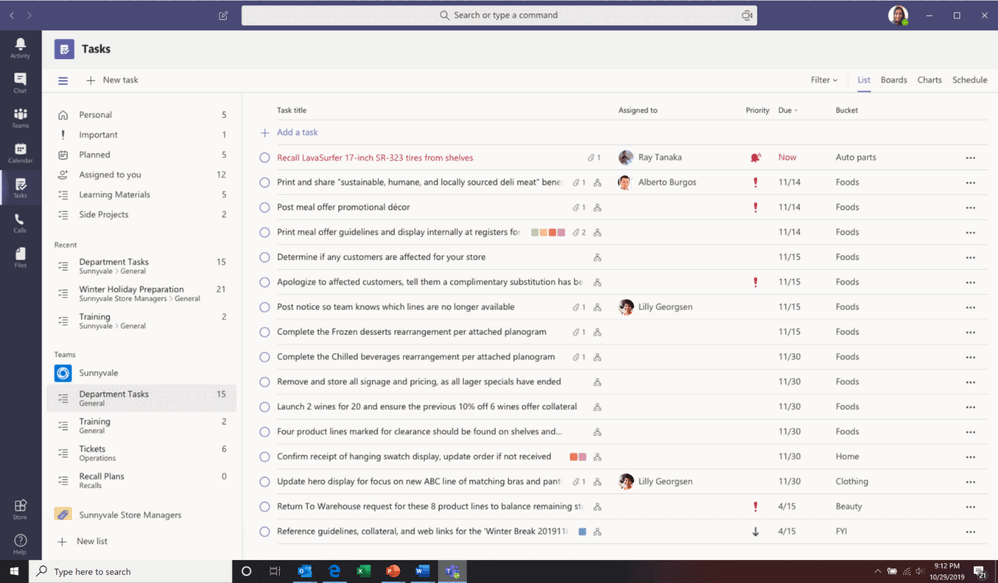