The Netherlands is participating in the new initiative for a European Cloud Federation. This is reported by the Ministry of Economic Affairs and Climate.

The importance of both sufficient storage and a safe and reliable exchange of data for social and economic applications is increasing, according to the Ministry. That is why the Netherlands is taking part in an initiative of the European Commission to jointly strengthen the European cloud infrastructure: the European Cloud Federation. The cooperation agreement was signed today by EU ministers, including State Secretary Mona Keijzer (Economic Affairs and Climate), at the informal Telecom Council.

State Secretary Mona Keijzer (EZK): “The use and storage of data is now a necessary basis and the importance for companies, researchers, government organisations and ultimately consumers is only increasing. For example, if we want to use data more efficiently within the industry, share between sectors and use it for care, in order to be able to make better diagnoses. However, there are also concerns about sufficient grip on strategic and sensitive data. That is why I support various Dutch initiatives, but also want to work together within Europe, because the opportunities and risks of the digital economy are cross-border.”

In the Netherlands, various initiatives are already working on addressing these opportunities and solving risks. For example, the so-called Online Trust Coalition is working in a public-private context to increase transparency and trust in the cloud market. Companies, research institutes and governments are also working in the Data Sharing Coalition on easy, secure and reliable data sharing between sectors. Also last year, partly by the Ministry of Economic Affairs, the Dutch AI Coalition was set up to work together on this particular theme.

Other EU Member States are also working to improve the cloud infrastructure. For example, there is the private German-French initiative GAIA-X. GAIA-X develops standards to enrich the range of cloud services in Europe. The Ministry of Economic Affairs supports several Dutch companies that want to join and is committed to safeguarding the Dutch interests surrounding the initiative. The European Cloud Federation brings these and other initiatives together. 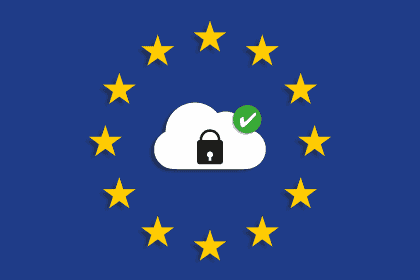