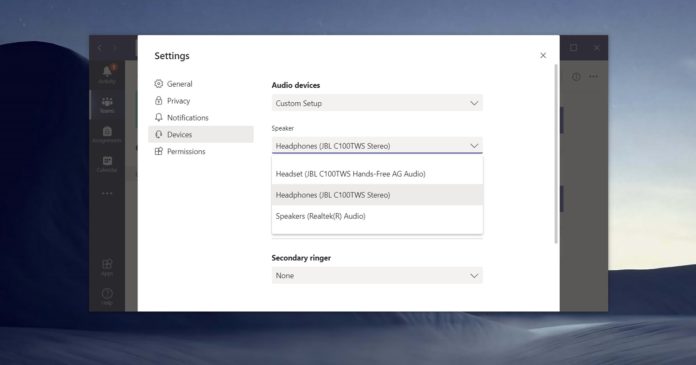 Microsoft Teams gets another excellent feature that will use the company’s artificial intelligence technology to reduce background noise during meetings. Windows 10, 7, and 8.1 users will get this feature in November 2020.

Microsoft has been working on the feature for several months, and the company has been training its AI model using its own internal meetings.

Microsoft Azure: These tools help you track your spending on cloud computing.

“The setting” High “is new and will suppress more background noise,” the tech giant noted in a roadmap update.

The audio processing takes place in the background and probably works on a much wider range of hardware, starting with Windows 10 desktops.

At the moment, we don’t know if Microsoft will also add support for smartphones running Android or iOS.

Microsoft has not shared an exact timeline for when the feature could be rolled out to general customers and education customers, but the roadmap suggests that some users will see it in their desktop clients next month.

In addition, Microsoft is working on improvements to the online presence feature in Teams. A new roadmap also suggests that Microsoft allows you to change presence status to “Out of the Office” and the status would be visible when colleagues or attendees contact them via chat.