Microsoft Teams gets these 25+ new features for education users

The COVID-19 situation has made Microsoft Teams for Education an indispensable tool for teachers, students and families in recent months. To improve the Teams experience for education customers, Microsoft recently announced several new Meetings-related features for all Microsoft Teams users in the coming months.

Microsoft has expanded the Grid View of Teams to 7×7, which can accommodate up to 49 participants at a time on one screen. Microsoft has also announced that teachers can create virtual Breakout Rooms so students can meet and collaborate in small groups.

Microsoft highlighted the 25+ new features available to Microsoft Teams for Education users. Below is the list of new features.

Real-time visual collaboration in online lessons, with control over when students can add to the whiteboard

Visual collaboration tools can make meetings and learning environments more effective and inclusive. Whiteboard in Teams now has new features, including faster load times, sticky notes, text, and drag and drop capabilities. These features allow students who don’t have access to a touch or pen device to participate in whiteboard sessions during Teams meetings. In addition, teachers have the option to present the digital whiteboard without students having access to signs on the board during class.

3) Easily deploy and manage teams for your school or institution

4) Do more with assignments in teams

5) Keep students engaged and work together in the classroom

6) Ensure social and emotional well-being outside the classroom 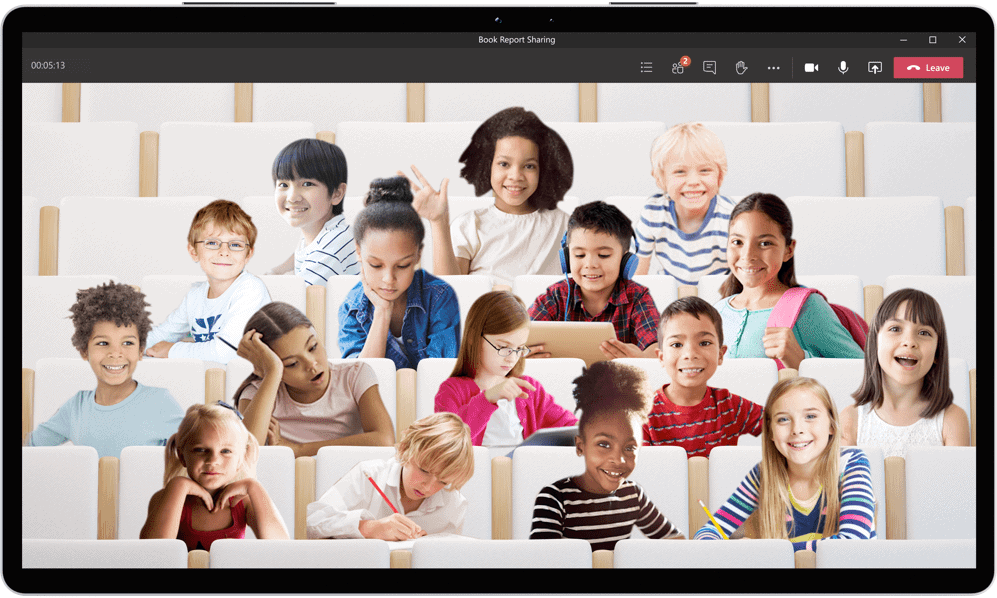