Tasks per planner and ToDo in Microsoft Teams.

There are a number of places where you store tasks and to-do items in Microsoft 365. Microsoft Teams has made it a little easier to keep track of your items with a feature called Tasks by Planner and To Do. Merges your tasks and your planner tasks in one place, so you can easily consult them. This is how it works… On your navigation bar on the left, you should see a listing for Tasks per planner and Tasks. This may have been called Planner before this change. If you don’t see either, click the Ellipsis icon at the bottom of the navigation list to add the app. 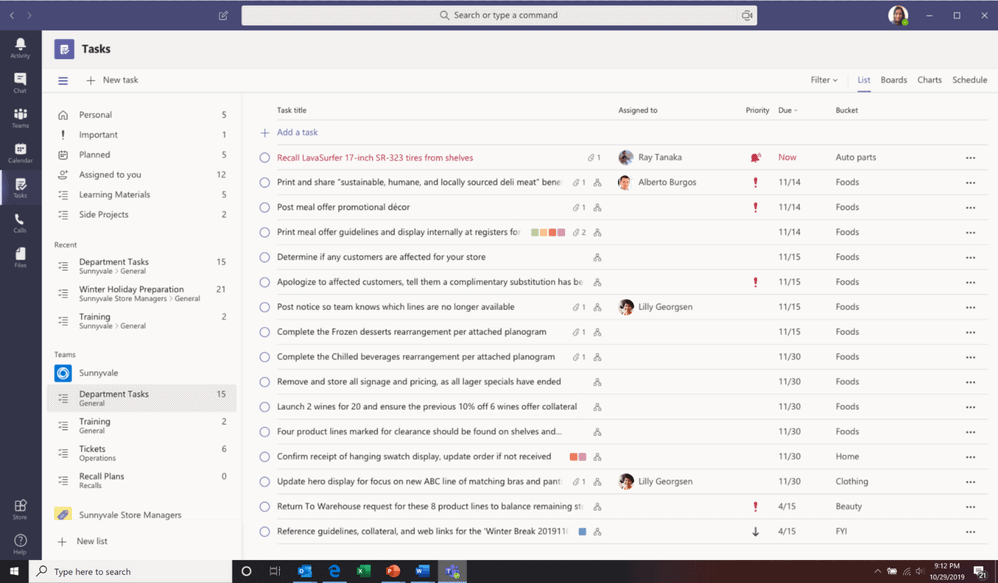 Microsoft has officially announced that the new Tasks app is now generally available to all Microsoft Teams users with a Microsoft 365 subscription. The company says the new Tasks experience should be available in the desktop and web versions of Teams for all non-governmental tenants. As a reminder, the rollout of the new Tasks app began in July and was gradual until September. The task management app is essentially a rebranding of the Microsoft Planner app in Teams. However, the new experience comes with a host of new features, including a new list view and the ability to edit multiple tasks at once.

Microsoft To Do, Planner, Lists or Tasks in Microsoft Teams?

2020 has proved to be an important year for new tools and features rolled out in Microsoft 365, including the introduction of Microsoft Lists – in fact a major update to the SharePoint lists, presented as a separate app – the new Tasks app in Microsoft Teams, and several upgrades to the two main task apps, Microsoft Planner and Microsoft To Do. But where do lists, planner, tasks and tasks fall into teams on the spectrum? There is some overlap and there are some aspects of these apps that are actually not just about tasks. So let’s dive in. See below for a video version of this post.