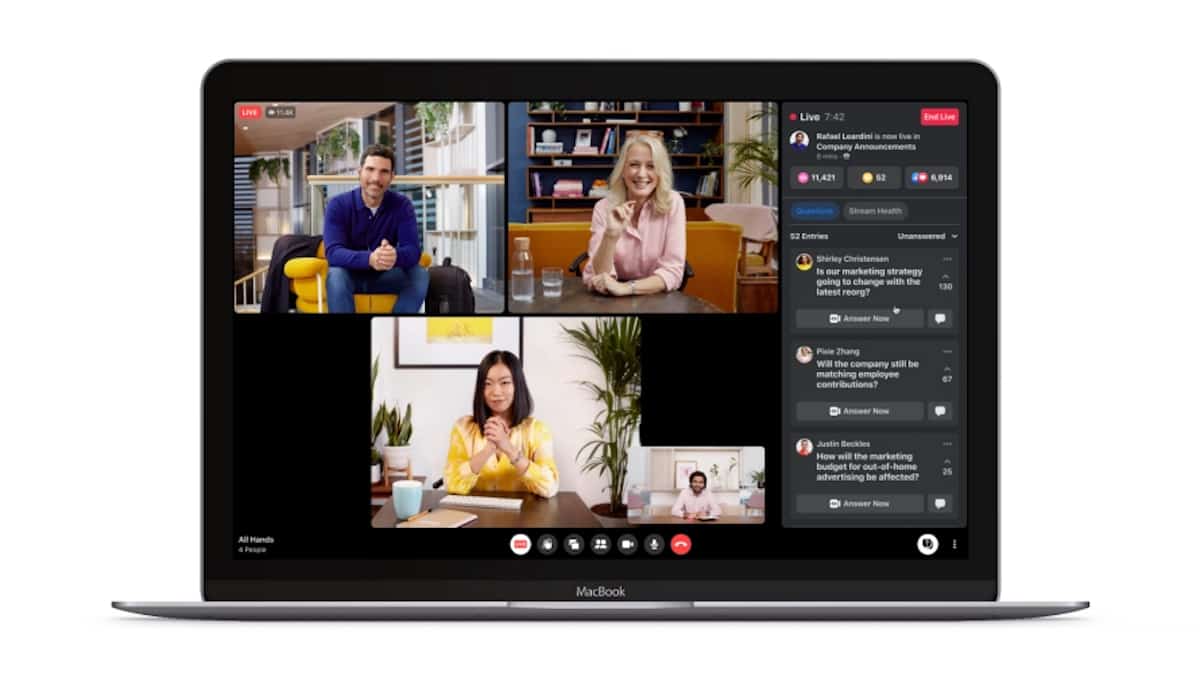 With the company putting the number of paid Workplace users at 7 million, one analyst sees Facebook’s growing focus on integration as important for continued acceptance by the company. Facebook announced a handful of updates to its social network Workplace this week, including new video features and improved integrations with third-party applications. Among the features unveiled Tuesday are updates to a Live Q&A feature that was rolled out last year. A presenter can now click on a question and get details about the person who asked them, making it easier to make a comment more personal. By clicking on the question, the presenter can also place it in the middle of the screen for hosts and the audience. (Employees will soon also be able to record the pronunciation of their name, preventing incorrect statements during video Q & A’s.